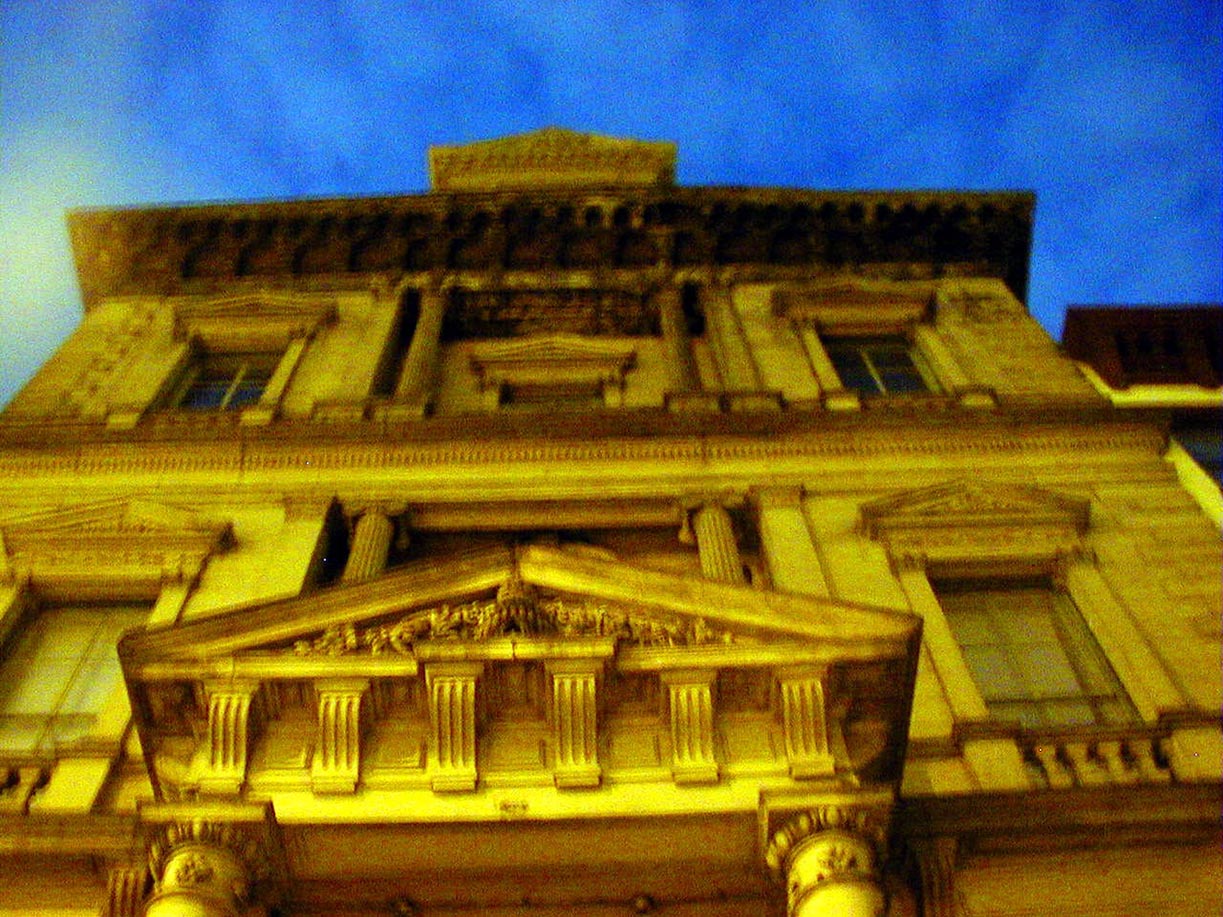 At last, Brooklyn has its own unique museum space comparable to Manhattan's Guggenheim, and not since the Guggenheim has an exhibition space taken so uniquely surrealist a view of art.  Both institutions are in architectural worlds of their own, defining artistic relevance.  Their exhibitions may be controversial but never dull.

The Brooklyn Guggenheim is called The Williamsburg Art and Historic Center.  And, being on the opposite end of the modern structure spectrum, what better architectural landmark should it inhabit but a savings and loan institution from the turn of the last century, itself resembling a great mansion, imbuing that gothic space with its natural history museum blend of the old and the new?   I remember when I first visited the WAH Center, during an evening introducing the music of Michael Arenella, then conductor of the Williamsburg Chamber Orchestra.  His trombone themes conjured a modern vision of New York through a 1940's sensibility, permeating into the view of the Williamsburg Bridge from one of the high windows, and as they did, I wondered what kind of resonantly haunted house had I entered?

In October, 1999, the WAH Center hosted its Apocalypse Series.  125 artists from around the world contributed fantastic art that filled the building from the basement to the attic.  Various theatrical events supplemented the exhibit, including the revival of my 1996 musical mystery play, Prepare to Meet Your Maker, 13 songs, 8 dances, innumerable characters and scene changes, telling the love story of the Quasimodo, a gravedigger, and his exquisite corpse, Cementeria, as they tour the world religions and generally wreak havoc in their search for home within a pearly gated community called The Ordered World.  Synopses of the story have run as long as the show itself.  Accompanied by a three piece band, a large cast enacted the gothic romance under the direction of Tyr Throne.  The production ran for fourteen more performances in various venues in Manhattan.  A soundtrack recorded at Electric Lady Studios is also available.

In the year 2000 we brought my musical, The Last Dodo, which I originated that year in La MaMa's Experiments reading series, to the space, wherein the safari hunter and his exotic discovery comfortably inhabited the Explorer's Club atmosphere of the building.  It was amazing, later that year, to visit PS1 and find that its exhibit included a gothic mansion much like the WAH Center enclosing a giant dodo bird.  It was called, "The Dodo Museum," and for two performances in October, 2000, that's what the WAH Center had become.

The Last Dodo ran for fourteen more performances in other venues, its soundtrack is produced by Aashish Pathak, and filming commenced in June of 2001. 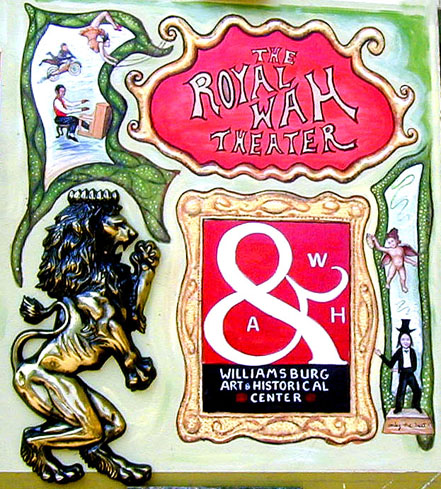 In December of 2001 I was appointed and have the honor of occupying the WAH Center position of Theatre Director, so I am open to suggestions for use of the space in the discipline of theatre.  My first original offering was the first staging of The Eleventh Hour, a ghost story adapted and directed by John Seroff.  It tells the story of two boys, both thirteen, one, the ghost, tempting the other to join him.  It ran on the third floor, the theatre wing, for four sold out performances on March 7th, 8th, 14th and 15th, 2002.

The past paragraphs touch upon only a fraction of the events that happen there.  The WAH Center is the synergistic result of two astute and extraordinary minds, the artists Yuko Nii and Terrence Lindell.  Each is an exceptional craftsperson, creating surrealist dreamscapes, Terrence more steeped in the figurative tradition of Bosch, Yuko depicting wavelike patterns that themselves create the dreamscapes.

Return to The WAH Theatre