PREPARE TO MEET YOUR MAKER

ENTRACTE: Peter Gabriel guards The Ordered World, a gated community within a cemetery, asking all visitors who seek admittance whether they have been to the baptist.

EPISODE I: A dirty cindergirl, Ouanchu Innmee, knocks at the gate. Because she is not baptized, it is closed to her. 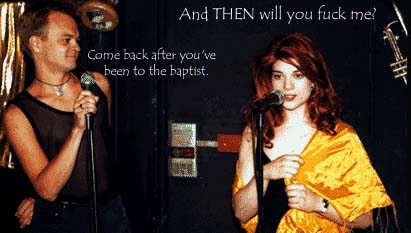 She leaves the cemetery in search of a baptist. She meets one at a Turkish Bathhouse, but he shuns her advances. 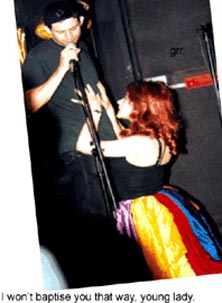 She cleans herself, dances for his beheading

and returns with his head ("I even kissed the Baptist."). Peter Gabriel admits her into the Ordered World and, at the banquet table during dinner, introduces her to her maker ("Mummy!").

EPISODE II: Upon meeting her maker, Ouanchu collapses. A wooden wheeled cart, manned by Hunchbacks, removes her lifeless body. Stopping a distance beyond sight of the Ordered World, they bury her underground (grave dance). Then they party, falling into a drunken sleep. One of them, Quasimodo, sensing her response, remains awake. He unearths and embraces Ouanchu. 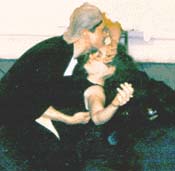 His act of necrophilia revives her. Attempting to regain dignity under her gaze, he calls her "slave" and renames her "Cementeria."

At her command ("I dont like you hunched over like that. Stand up straight."), Quasimodo, achieves good posture and health (song: CEMENTERIA). 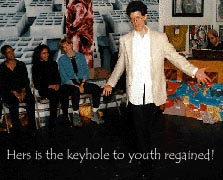 Through hourly copulation, Cementeria maintains consciousness, and Quasimodo stands tall beside her. Together as a handsome couple, they return to the Ordered World, entering through the back. 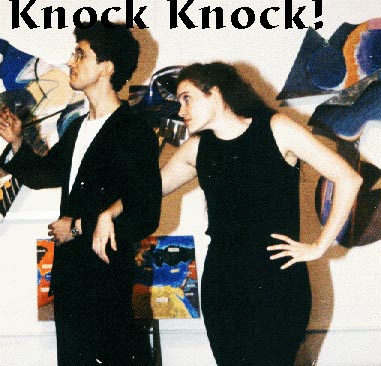 Now a handsome couple, they establish residence within its most exclusive courtyard, the Courtyard of the Overlord. There they amass wealth (waltz). One evening at the local mens club, while Cementeria is out playing host to a neighbor, Quasimodo confides about the secret to his success ("As long as we keep fucking"). Necrophiliac bashers attack, but spare his life when he agrees to banishment. He tells Cementeria to leave with him ("Otherwise they will come for you, young lady, and take you back to your grave."). She declines his request.

Outside the gate, he accosts Mathilda, a restless Ordered World resident slumming in the wasteland. "Wheres Cementeria?" he asks. Her gossip directs him to an "empowerment lunch seminar" at the Overlords bank. She says that Cementeria is rumored to be among the "Host of Strippers" invited to attend. Quasimodo attempts to "crash" the seminar, frightening away the shorter strippers. Security guards remove him.

Mathildas next news is that Cementeria is with the Overlord. Continuing his search, Quasimodo persuades Mathilda to hike with him to the Ark Casino atop Mount Ararat to help him break the bank and force the appearance of the Overlord.

(Duet: "Im out for blood"). They lose everything gambling at the casino. When the Overlord appears, it is to order their removal. Quasimodo finds Cementeria standing at his side.

A recruiter from the Wee Care Nail Salon buys Mathilda at a slave auction,

and a Lord at chancery sends Quasimodo to debtors prison.

When Quasimodo escapes, he finds Mathilda working at a nail salon. She demands money for breasts "like Cementerias." When Quasimodo agrees, she reveals the latest gossip, sending him on a journey to the United States, circa 1988, where Cementeria is engaged to be married to an undertakers son. Travelling, through the wasteland, Quasimodo sings of his love ("Hang my Head") as Cementeria dances with every man she meets.

EPISODE III: Cementerias fiancee and future father-in-law plan Sunday dinner. The father approves of his son bringing Cementeria, whom they call Meggen, but opposes their bringing Alien (US, 1986), a movie the son loves. Cementeria suggests that he secretly screen the film his fathers cellar. During the dinner, a guest takes ill. While the son rushes to the cellar to stop the film, his father invites Cementeria to sing after dinner.

Between courses Cementeria visits the cellar and innocently restarts the film. As her fiancee yells ("Everyone is dying") and, himself, dies at her feet ("mummy!"), Quasimodo appears (Waltz Reprise), acknowledges her impact on his life, 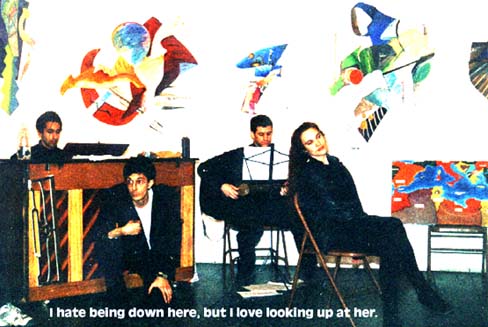 and requests that she sing what she would have sung to the dinner guests ("Think big"). Quasimodo yells, "Sing, Carrion!" as Cementeria dies. ("That boy didnt do much for you, I see.")

EPISODE IV: After reviving Cementeria, Quasimodo hands her a job posting and proposes that they go to Egypt and become caretakers at the temple of Isis and Osiris. Cementeria objects until Quasimodo adds, "Youll be Isis in no time." 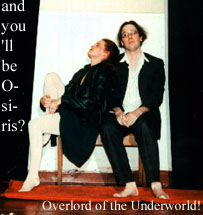 They fly to Gibraltar and board a cruise ship to Alexandria ("Two Lovers on Tomorrows Road"). As they cross the Mediterranean, Cementeria entertains ("If Created by God") and makes love with each of the passengers. Quasimodo fantasizes about the body parts of Ocipita, the wife of one of Cementerias lovers ("Sacred Piecemeal."). Cementeria suggests he act on his desires while Ocipita remains conscious. When the other passengers debark in Tunisia for souvenirs, Quasimodo visits Ocipitas cabin ("I think the cage is chilly.").

As they become entwined in lovemaking, Ocipita interrupts to ask Quasimodo to take her to the tourist market. He reluctantly agrees and, on their way, a tradesman ambushes and abandons them in the dessert with nothing but a map ("Its kind of love.") It isnt long before Quasimodo reverts to his crooked condition. In anger he reveals to Ocipita the secret of Cementeria. ("Cementeria is a dead woman!" "Are you going to kill her?" "No, I restored her to life. She, in return, gives me new movement choices. I used to be a hunchback." "I hate to tell you, Quasimodo, you still are.") 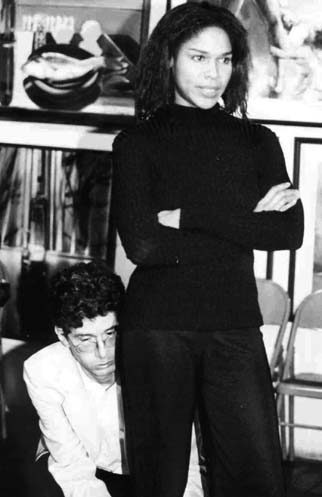 EPISODE V: In Alexandria, Ocipita departs for Assyria with a new husband. Cementeria and Quasimodo reunite. They go to the local temple to assume the identities of the gods, Isis and Osiris. They re-enact an incident in which Osiris visits his brother, Set, and Set dismembers Osiris. 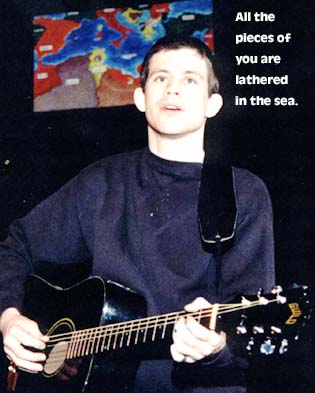 Song: Im Calling to You 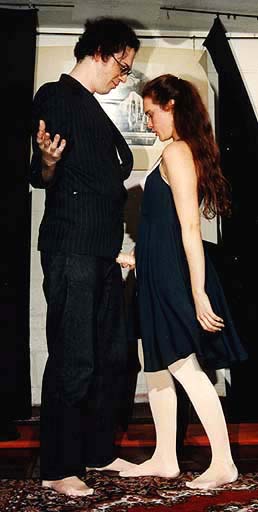 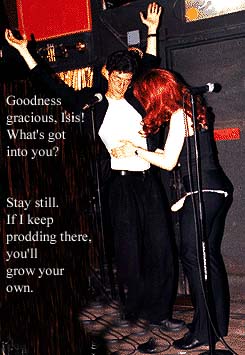 She resurrects him with one she plants on herself.

EPISODE VI: Alone in the servants quarters before a pile of ashes, Quasimodo understands his dismemberment to be a recurrent passion play performed for tourists. He calls for Cementeria to leave with him. Instead, Ocipita reappears as Isis. She identifies Cementeria within the ash pile. While Quasimodo cries for help, Ocipita institutes a chant calling for a practical disposal of the dead ("Burn in the Inferno"). Satan appears, burns everyone and christens the ossuary. 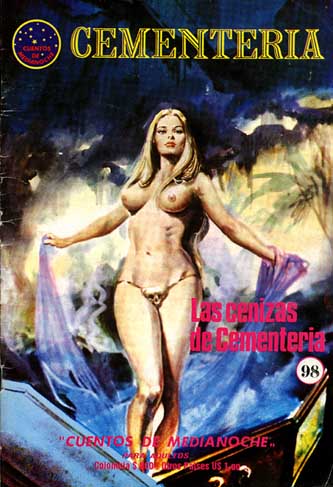 Cementeria rises from the ashes.

END: Equipped with the source of all myths of resurrection, a romantically enlightened Quasimodo and Cementeria return to their Victorian home in a most exclusive "Ordered World" courtyard within the Pearly Gate and celebrate their friendship ("Make a Wish a Word"). 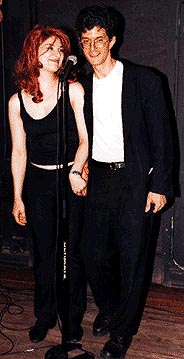 Performance photographs from the original 1996/7 production by Robert Strain.