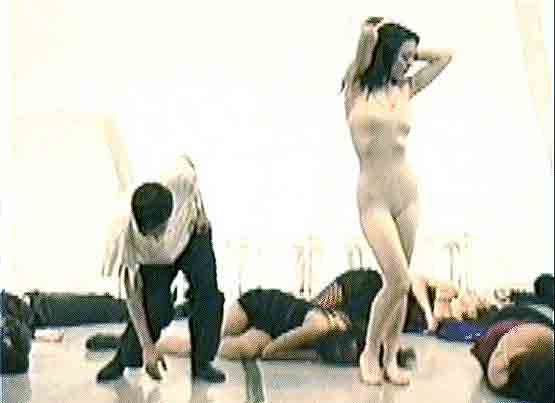 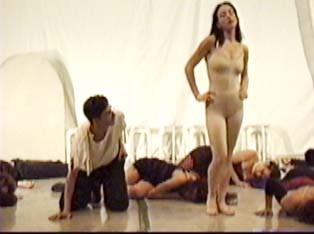 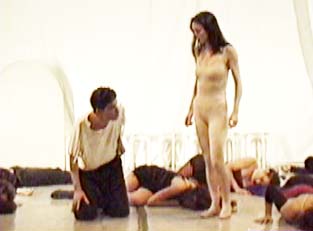 A Surrealist Musical Mystery Play, 30 Performances as of July, 2002.

Although the latest and greatest space game usually receives a great deal of fanfare, not all young adults are tied to their computers playing the next awesome edition of the BGO space game. Many are taking to the stage and participating in the magical art of theater. Whether as an audience member or a performer, New York's performance art community is thriving and growing with the addition of new members young and old. Instead of buying your kids a space game that they will be bored of in an hour, take them on a tour of the Williamsburg Art & Historical Center, or to a murder mystery dinner theater or an off-Broadway production. It could be like discovering a whole new world for them!

Soundtrack album produced by Alex Abrash with members of the original cast.

The Soundtrack Album is now available from Bandcamp.

Play the hit song now! (right click may work ... There are 14 songs.  This is a live recording, Dizozza vocal, of the song, "Cementeria," with the chorus, "I was an old decrepit man whom she helped to realize that hers is the keyhole to youth regained..." recorded live at Sidewalk.)

"I'd rather hear the gothic requiem."  All right, then right click here.

The Prepare to Meet Your Maker Soundtrack available at Olive Juice Records. 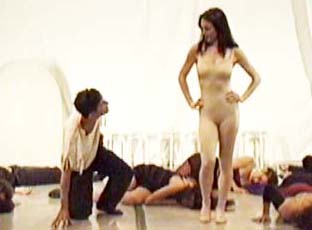